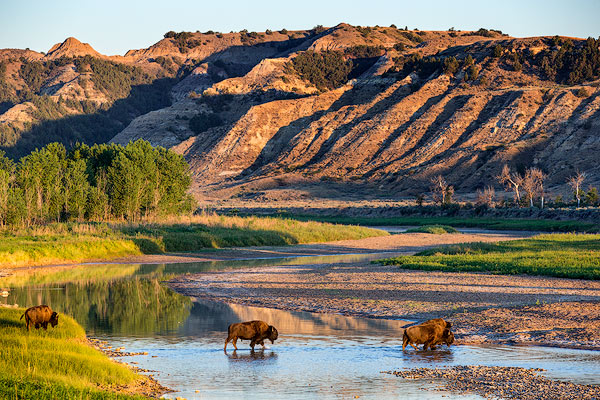 I am often asked which national park is my favorite to visit and photograph. Other than my hometown Glacier National Park, the park that has held my fascination for nearly two decades has been Theodore Roosevelt National Park in western North Dakota. I keep coming back for more as the park provides outstanding landscape and wildlife photography opportunities at seemingly every bend. I will again be teaching a photography workshop class in this fantastic setting. I’ve just opened up a second class (first one is sold out) on June 10-14. Please consider joining me this year! 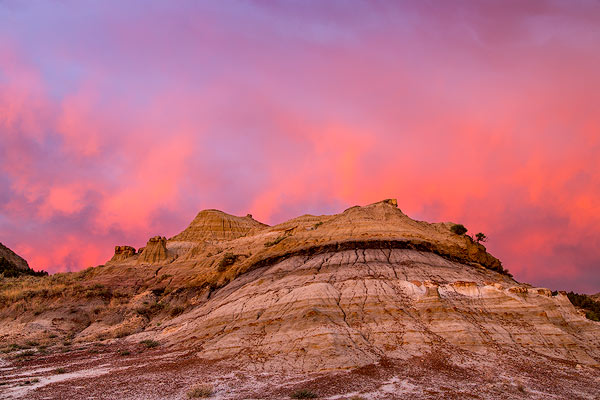 I love the small town cowboy-infused charm of Medora which bustles with life during the brief summer tourist season. After a busy morning of shooting with my workshop students, we head for the Cowboy Cafe where the coffee is strong and the french toast divine. The town has interesting history and a relaxed wholesome atmosphere. Sort of Mayberry U.S.A meets the west. 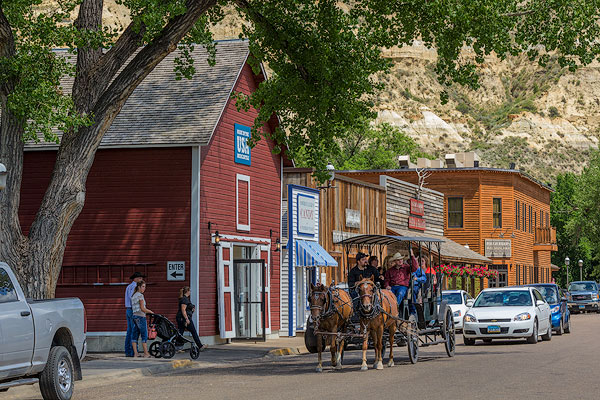 One of the best reasons to photography in the park is the fact that it very uncrowded. During early morning forays, it is pretty much guaranteed that you will see way more wildlife and birds than humans. Wild horses, bison with calves, prairie dog towns, elk and coyotes are numerous. The fabulous shapes and forms of sandstone formations that the badlands are known to just come alive with color and texture when the light is in the golden hour. In summer, thunderstorms roll across the prairie adding an extra layer of excitement and drama to the compositions. 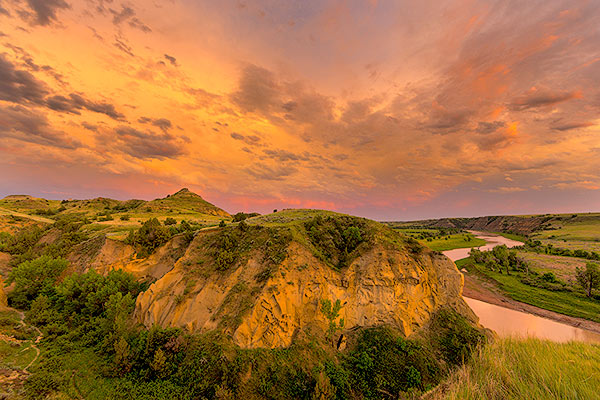 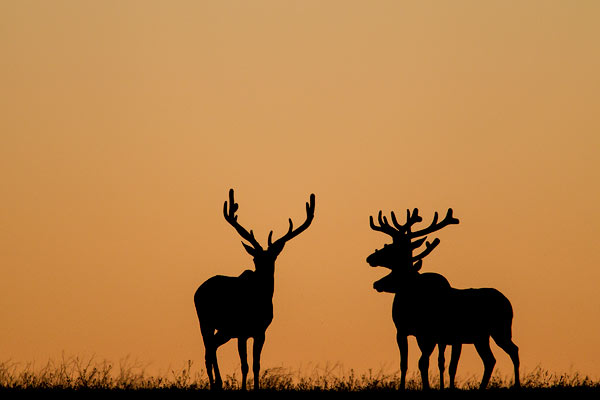 Teddy Roosevelt delivers its own unique brand of magic. Fast moving storms sometimes produce double rainbows and ethereal lighting that create memorable images that last a lifetime. My favorite moment in the park came during the last morning of my photography workshop a couple of years ago. I had my small group lined up to catch the sunrise over the waters of the Little Missouri River. While awaiting the sun to peek over the horizon, I mentioned to the group, “wouldn’t it be cool to see a bison cross the river and be silhouetted”. Within two minutes, lo and behold, a bison appeared and crossed the river below us. Within five minutes there were hundreds of bison crossing the river, both in front and behind us. It was an amazing spectacle that felt like we were witnessing something primal that has been happening for thousands of years. Our group came back with some of the most astounding images and I will treasure the moment forever. I took footage of the event and it ended up on the HBO show, Last Week Tonight with John Oliver (17:59 into the clip). 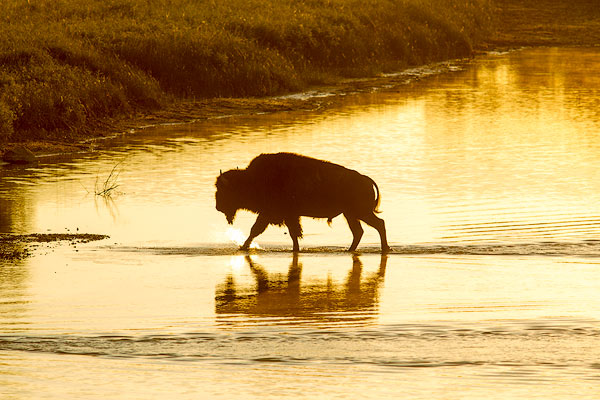 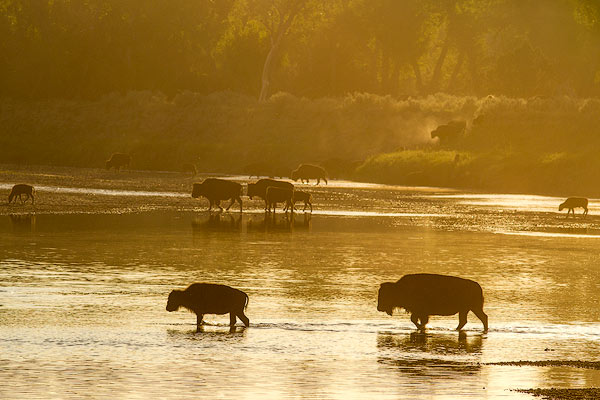 Browsing through my photo book, “Theodore Roosevelt Impressions” is a great way to learn more about the park. It is available through my publisher, Farcountry Press on Amazon. 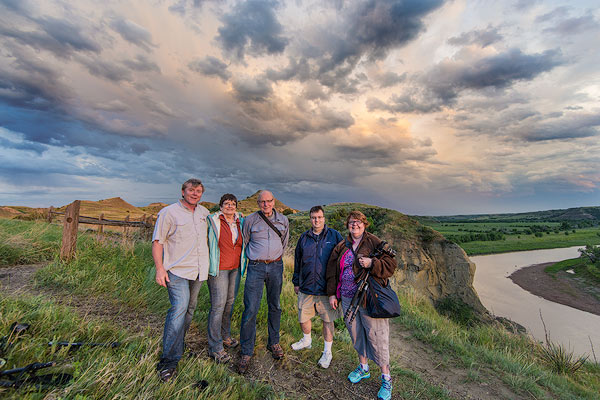 My 2015 Photo Workshop in Theodore Roosevelt National Park experiencing the magic of TR! 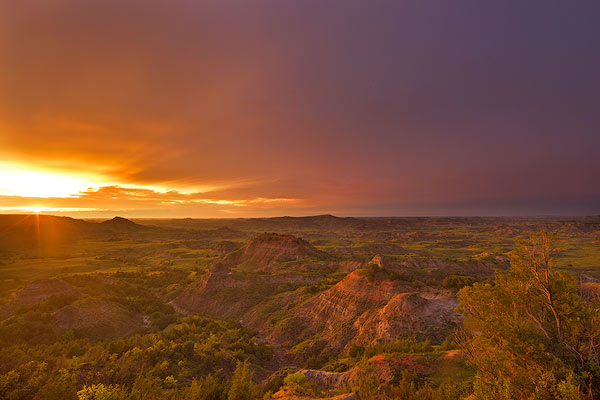